Go Your Own Way

While most investors are likely celebrating gains in the stock market last year, those generally considered to be the top market professionals had less than lackluster returns.

Underperformance by hedge funds has been the rule rather than the exception for most of the years since the Great Recession.

Well-known hedge fund manager David Tepper – a frequent guest on CNBC and often quoted in the press – announced he was returning all outside money to his investors and hereafter only managing his own funds.  Investors themselves yanked a staggering $59 billion out of hedge funds last year in North America alone as the industry is on track to record more hedge fund closures than new hedge fund launches for a fifth consecutive year.

The chart below, from Bloomberg, illustrates the five-year slump. 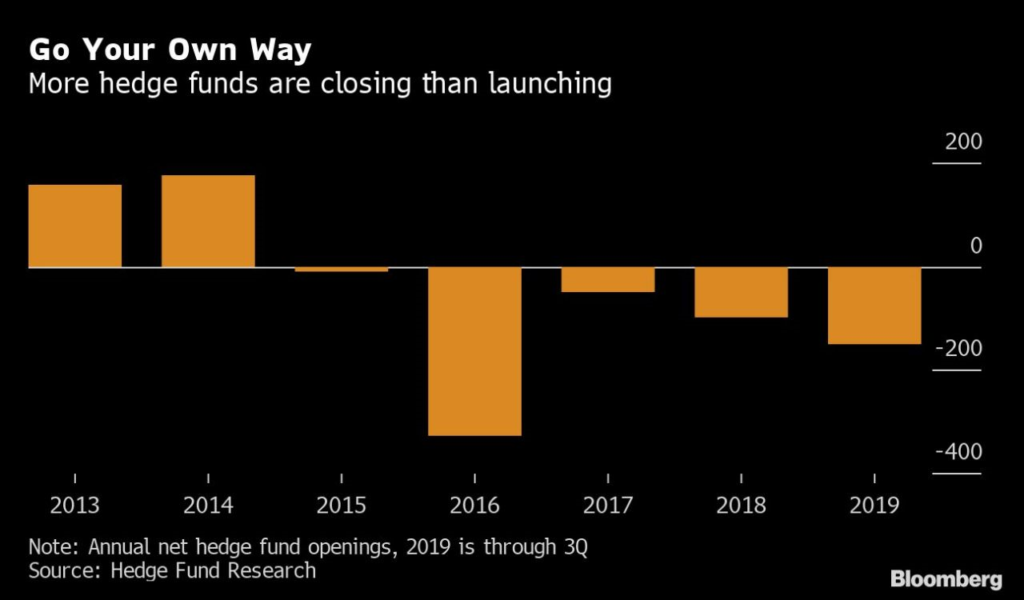