Although you wouldn’t know it from the unhappy picture of life in the United States painted in recent debates by Democratic presidential hopefuls, a recent Gallup poll found that nine out of ten Americans are satisfied with the way things are going in their personal lives.

This is a new high in this survey’s forty-plus year history, exceeding the previous high of 88% recorded in 2003.  Gallup found that household income, political party affiliation, and marital status were all associated with the largest differences in personal life satisfaction.

As might be expected, high incomes were associated with higher levels of satisfaction, but even middle-income ($40k – $99k household income) Americans reported a very high 92% satisfaction, and the lower income tier of <$40k reported a decent 80% satisfaction with their personal lives.  (Chart below from Gallup) 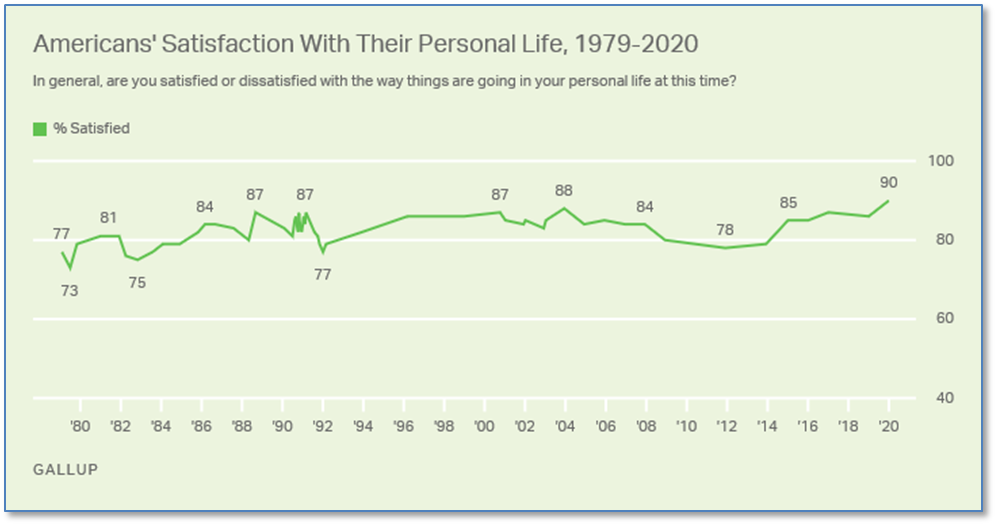