It seems that the “baby boomer” generation (those born between 1946 and 1964) has fared far better financially than the subsequent generations throughout every stage of life.  When baby boomers hit a median age of 35 in 1990, they collectively owned 21% of the nation’s wealth.

When Generation X (born between 1965 and 1980) hit that same milestone, they owned just 9% of the nation’s wealth.

Currently boomers boast more than half (57%) of the nation’s wealth, while Gen X owns just 16%, and millennials 3%.

On a positive note, boomers are expected to pass on their estates to their heirs in an upcoming period being called “the great wealth transfer”.  That event may see millennials collecting around $59 trillion in wealth and assets!  (Chart from economist Gray Kimbrough via Marketwatch.com) 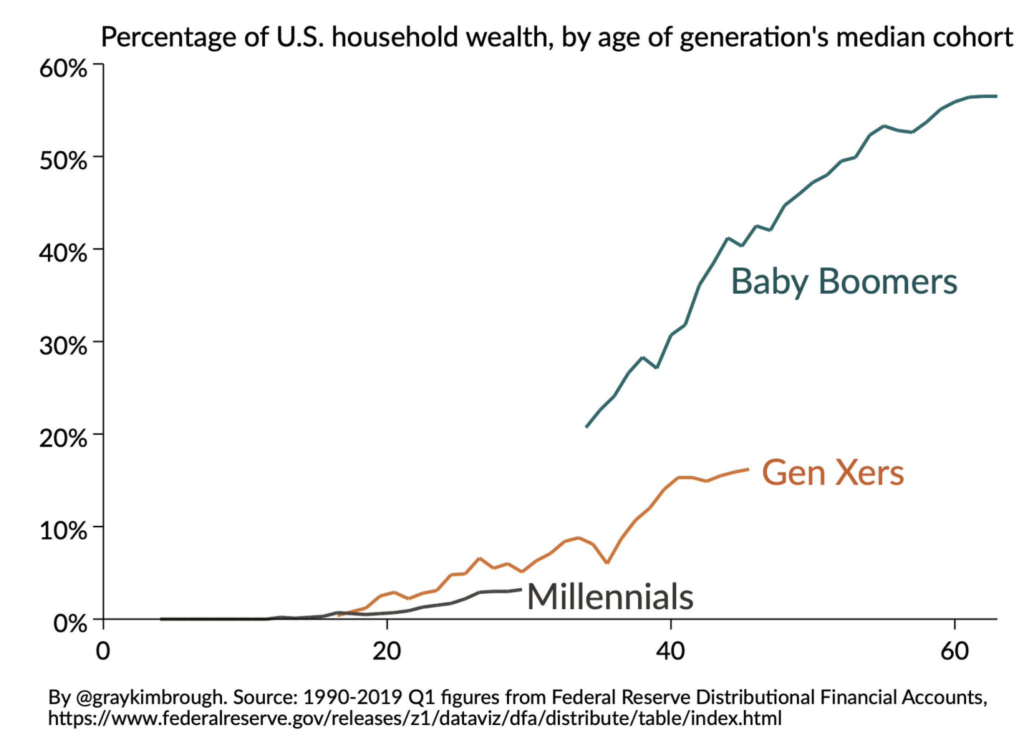