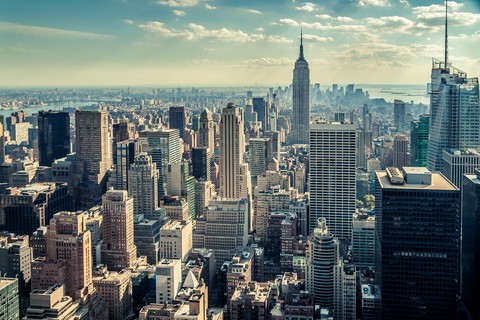 Ever since the financial crisis of 2008, the free market has been blamed by the left-wing as responsible for the downturn, with governments and major central banks supposedly “perpetuating capitalism.” Even someone like the President of the European Central Bank, Mario Draghi, has been accused as a capitalist and a “neoliberal,” all while he declared that “he would do anything which was required to save the euro,” and while he was kicking off the Quantitative Easing program, one of the larger public interventions in the economy in recent memories. How this can be a sign of capitalism is a question that certainly begs an answer.

If those that see “neoliberalism” as the fault of any crisis would look closer, however, they would find that the financial crisis of 2008 has been for the most part created by the Federal Reserve based on Keynesian economics. The main premise of Keynesianism is that the government can efficiently regulate markets by controlling interest rates and the money supply in the economy. Hence, beginning in 1987 under the leadership of Alan Greenspan, the Fed had pursued the policy of cheap credit through low interest rates, inevitably leading to a housing boom in the economy. Greenspan’s successor in 2006, Ben Bernanke, worsened economic conditions by instigating policies for profiting more short term than long term bonds, and incentivizing short risky credit for businesses and personal consumption. Despite attempts to save the economy through higher interest rates, the housing bubble collapsed, causing havoc around the world.

This unfortunate series of events represents consequences of government’s interference into economy through central bank activity – a de-facto anti-market policy. The interventionist policies incentivize immediate consumption instead of saving, hence changing the time preferences of economic agents and disrupting the structure of production by government decree. How would a monetary system possibly look on the free market?

Milton Friedman has been the main figurehead of the Monetarist School of Chicago. He thought that monetary policy was the main factor of influence in the business cycle. In his 1963 book, A Monetary History of the United States, he proposed that to neutralize the effects of monetary policy, the best possible solution was a continuous and constant annual credit expansion kept below the real growth rate to prevent inflation, or at least to hold it low and stable. Friedman didn’t support monetary “shock policies” to incentivize growth in the short term, having to pay for it with greater debt levels. He believed that monetary policy should be oriented towards a long-term growth perspective.

Friedrich Hayek, one of the most prominent representatives of the Austrian School of Economics, suggested in his 1978 book, The Denationalization of Money, a complete privatization of money. There, Hayek argues that free competition between different monies will lead to greater caution in terms of private monetary “policy.” The expansions or contractions of the money supply would completely depend on the emitting institutions, leaving interest rates completely to the workings of the market. Furthermore, Hayek maintained that after some time, since money needs to be widely accepted as a medium of exchange for it to be useful, the number of currencies circulating in the economy will be naturally restricted.

It is proposals such as these that monetary specialists should turn to. And it is these proposals that opponents of capitalism should argue about rather than accusing a system of being “neoliberal” which is anything but.